Catch Derek Ramsay's unforgettable movies every Monday on Cinema One

Toff Cagape | Dec 17, 2018
Derek Ramsay is without a doubt one of the most talented actors of his generation. From one movie to another, Derek has proven his versatility and his prowess when it comes to acting. This December, Cinema One fans will get the chance to watch some of his outstanding movie projects. Prepare to be moved and stunned by his films every Monday at 9PM on Cinema One's "Monday Drama" block.
DEC 17
EX WITH BENEFITS
Lead Stars: Derek Ramsay and Coleen Garcia
Director: Gino Santos
“EX with Benefits” follows the story of former lovers, 35-year-old Adam Castrances (Derek Ramsay) and 28-year-old Arkisha Aragon (Coleen Garcia). Adam and Arki went to school together and had a promising relationship until Arki suddenly left Adam without a word. Since then, Adam regards Arki as his “TOTGA” – The One That Got Away. They finally cross paths years after their breakup. And, there's something they can't get enough of - "benefits." However, just as everything is getting back on track, the secrets of the past will resurface, forcing Adam and Arki to discover if exes could really give each other a second chance or not. What if the love EXpires, but the fun EXtends? Will they be able to heal the pain from the past?
DEC 24
NO OTHER WOMAN
Lead Stars: Derek Ramsay, Anne Curtis, Cristine Reyes
Director: Ruel Bayani
The movie tells the story of Ramses Escaler (Derek Ramsay), a designer and fabricato of high-end furniture, who is commissioned to furnish an exclusive resort.  He is already happily married to Charmaine (Cristine Reyes) when he meets Kara (Anne Curtis), the alluring and liberated daughter of the resort owner. Kara flirts with Ramses who from the start tells her he is married, but Kara says there will be no involvement of the heart. Yet the affair has gone deep that Chara becomes suspicious to ask if there is another woman and Ram assures her there is none. Chara finds Ram’s reservation at a lounge where she encounters Kara who she invites to dinner at home where they fence with insinuations. To dispel Chara’s distrust, Ram brings her to the resort where Kara and Chara have a violent confrontation. Chara decides to leave Ram, but Kara will never give him up and pursues him until Ram figures into a car accident.
DEC 31
KASAL
Lead Stars:      Derek Ramsay, Bea Alonzo and Paulo Avelino
Director: Ruel Bayani
The movie tells the story of Lia Marquez (Bea Alonzo), a simple lass who is set to marry Cebu's most eligible bachelor Philip Cordero (Paulo Avelino), who is currently running to clinch the mayoral position after his father's term ends. However, things get complicated when Lia's ex-boyfriend Wado dela Costa (Derek Ramsay) returns to work for them in a project that will help Philip win the elections. Inevitably, feelings resurface and doubts arise. As we get closer to the wedding day, Lia becomes unsure if she is choosing the right man to marry, torn between the man from her past and the man she's building a future with. 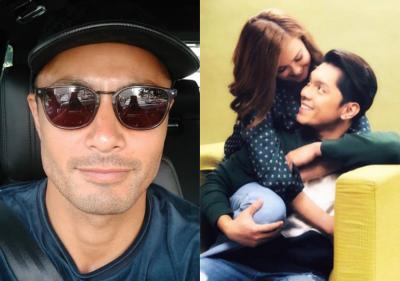