The Metro Manila Film Festival is fast approaching and Vice Ganda is set to star in yet again an entertaining film this December. The "unkabogable star” will be headlining the movie Fantastica alongside Richard Gutierrez and Dingdong Dantes. But just before we laugh out loud at Vice's latest offering, let us take a look back on his previous 5 fun-filled MMFF movies and reminisce the laughter and joy it brought to our whole family.

This 2011 MMFF entry tells the story of a gay man named Benjamin "Benjie" Santos VIII who tries to prove himself to his grandfather by joining the military. Benjie was forced to enlist the military because of his ailing father. While in the military, Benjie tries to hide his sexuality while doing his best to equip himself to fight the terrorist group that pose a threat to the country.

It was the first movie in the Filipino film history to break the Php 300 million mark in the box-office. It was once hailed as the highest grossing Filipino movie of all time. Vice Ganda was hailed as the Phenomenal Box Office because of the film, and the late director Wenn Deramas was awarded the Most Popular Film Director award.

Sisterakas is a 2012 MMFF entry that tells the story of Bernice and Detty who are half siblings whose bitter rivalry dates back to when they were kids. When their father passed away, things went downhill from there which led to the two siblings never speaking to each other again, but that all changes when Detty applies to be Bernice's assistant not knowing that Bernice is her sister.

It stars Vice Ganda alongside Ai-Ai delas Alas and Kris Aquino. It earned Php 393 million in the box-office and currently holds the title as one of the highest-grossing Filipino movie of all time. It won Third Best Picture and the Best Supporting Actress award for Wilma Doesn't at the 2012 Metro Manila Film Festival awards night. Its lead stars Vice, Kris and Ai-Ai were awarded as Phenomenal Box-Office Stars at the GMMSF Box-Office Entertainment Awards night.

This movie was an entry to the 2013 MMFF and tells the story of the quadruplets reunited when one of them needs a liver transplant. However, the anger and resentment due to their separation gets in the way of their reunion.

Aside from Vice, it also starred Maricel Soriano, Joey Marquez, Ruffa Gutierrez, among others. It earned Php 421 million in the box-office.

Vice won the Movie Actor of the Year at the 2014 Philippine Movie Press Club Star Awards for Movies (PMPC) because of the film. Maricel Soriano received the Best Actress trophy at the 39th Metro Manila Film Festival. The movie also won 2nd Best Picture and the Gender Sensitivity trophy during the MMFF awards night.

During the 2014 GMMSF Box-Office Entertainment Awards, Vice won the Phenomenal Star award and Maricel Soriano received the Film Actress of the Year trophy.

4. Beauty and the Bestie

Vice and Coco Martin had always expressed their desire to headline a movie together. Both stars are friends in real life and together, they once dreamed of starring in their own movie as a duo. This dream was granted when they worked together in the 2015 MMFF movie Beauty and the Bestie.

The movie tells the story of Emman who works for the Elite Super Secret Task Force who asked his former best friend Erika for a favor to pretend to be Ms. Uzeklovakia, who was abducted by a terrorist group.

Both Vice and Coco won the Phenomenal Box-Office Star award at the 47th GMMSF Box-Office Entertainment Awards because of this movie.

The movie is a 2017 MMFF entry that tells the story of the superhero team called The Revenger Squad who reveals their superpowers when one of their youngest turns twenty-one and receives his own powers. Vice headlined the movie alongside Daniel Padilla and Pia Wurtzbach.

It earned 571 million in the box-office and became the highest-grossing Filipino movie of all time. 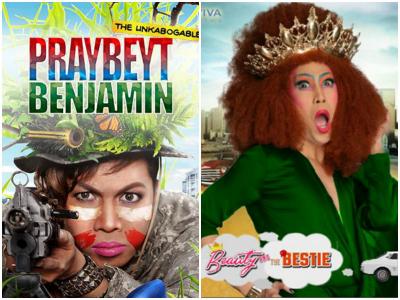 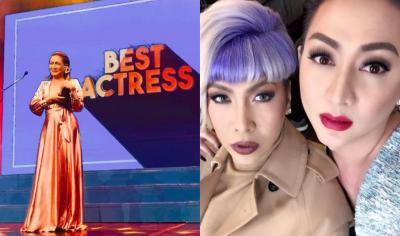